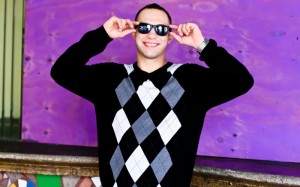 1.How long have you been in the rap game?

15 years, starting back in the middle school days.

2.Who are your major influences in your music?

Jay-Z & Nas have influenced the mechanical aspect of my music.  They’ve mastered the ability to capture people’s minds with realistic, but entertaining music.

3.What is your first single ?

First single off the “State of SHOCK” album is: Motivation

4.Who Do You have On Your Album?

No major artist features, but we did feature my producer on track “Make It Happen”

5.How did you get into the rap game?

I started freestyling with my friends in middle school. By the time I was in high school I was recording songs and making my own albums… beats and all. In college, I was doing shows at local bars and frat houses. After I graduated, I moved back to FL and linked up with the right people. We established ourselves locally and the published an album… building a name for Tone Shock.

6.Where were you born?

Spent a good part of my childhood here in St. Petersburg FL, but moved to NC for HighSchool & College. Now I’m back in St. Pete.

7.Who would you like to work with that you haven’t already?

8.Who do you think is the hottest rapper out?

“hottest” rapper at the moment is probably Wiz Khalifa

9. Who do you think is the hottest producer out?

10.Who is your favorite artist?

11.How did you come up with your album title?

Mainly a play on words, something catchy

12.What is your favorite song on your album?

13.Which song on your album means the most too you?

Track 3 – My Peoples — Its a glimpse into my days growing up.

14.Who are you signed with?

15.When is your album release date?

It was released on May 31st and is available at all online retailers, which are accessible from the www.ToneShock.com webpage.

16.What cities do you plan on touring?

17.What female rapper or artist do you think is the sexiest?

18.What would you like to see from the music industry over the next two years?

I’d like to see a return to talent. It seems like all the great artists are having to dumb down t heir music for the radio and clubs. Every artist out right now has hot music, but the only thing  that makes it to the radio is trash. Maybe its just me, but “Hits” never get play in my ride.

19.What is your second single gonna be?

Track 4 on the album “Rowdy”

20.What rapper do you dislike or hate the most?

I don’t hate on people’s hustle.

21.Favorite drink in the club?

23.Who got you started in the rap game?

When I was in high school, my boy Young Fluent and I were the only ones really recording music. We just had a passion for it. I mean, a bunch of cats freestyled, but we made music. I’ve had a lot of influences along the way, but it all started cause me and Flu were like, “Yo, Lets do this”

24.How does your family feel about your music and your choice of career?

They love it -‘they’re involved, which i couldn’t appreciate more.

Nas – It Was Written

Album The Lox – We Are The Streets

27.Favorite r and b group or solo artist?

28.Where do you see the rap game headed?

29.How do you usually come up with your songs?

I’ll distinguish what type of song we are trying to create, what message we  are going to portray and then establish and theme.

30.What can we expect from you in the future?

The next step is to make a video for the single, “Motivation”. Then shows, shows, shows. I ’ll be starting a mixtape soon too, so look out for “Shock Therapy” this winter 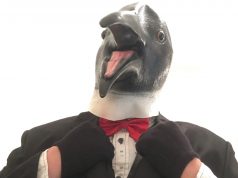 Interview With Wendell B 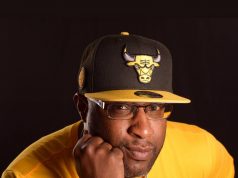